Available for only a short time, we are offering an all-inclusive tour of some of the most luxurious properties in Florida. The cost of this once-in-a-lifetime trip is Ұ62,000 and covers an exciting nine days while showcasing three of Florida’s most vibrant cities and best real estate.

Experience the sunny weather, fabulous beaches, gourmet dining and a shopping paradise. You will sample these cities’ pulsating lifestyles, entertainment, and recreational activities. While there, you will be chauffeur driven to some of the most luxurious properties in the country and learn about the opportunities and advantages of Florida real estate investment opportunities. 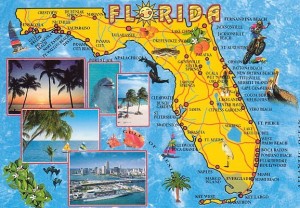 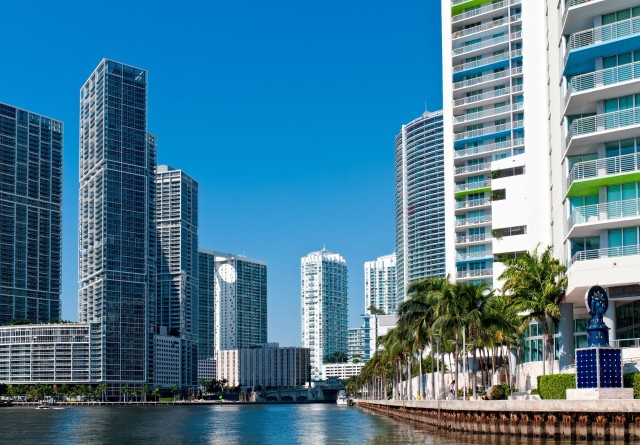 Your tour starts in Miami, currently ranked in the top 10 cities for High Net Worth Individuals.

Depart China (PEK) and fly to Miami International Airport (MIA). Due to the 12 hours difference between China and Miami, you are expected to arrive on the same day. You will stay at the premier boutique hotel, the W South Beach Hotel located on the world famous South Beach Miami. Relax in ultra-modern rooms overlooking the swaying palm trees and the clear blue waters of the Atlantic Ocean. 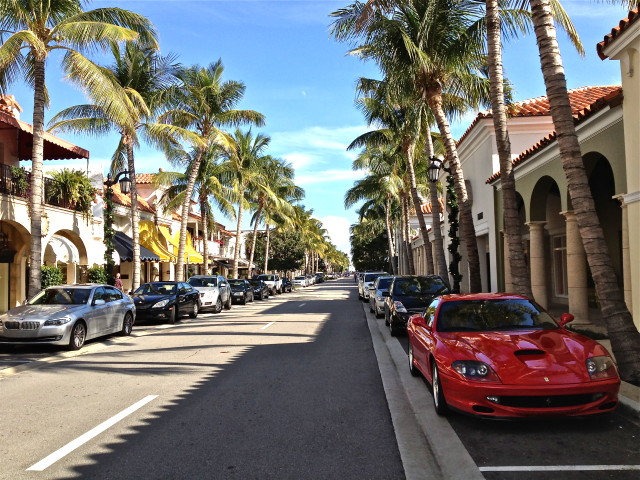 Less than a two-hour drive north is the city of Palm Beach, a destination for the rich and famous from all over the world including Tiger Woods, Michael Jordan, Celine Deon. You will be pampered for two nights at the modern classic Breakers Hotel.

Save some time for an elite shopping trip to Worth Avenue and the Gardens Mall.

You will take a relaxing tour by boat to view waterfront homes of the rich and famous. Then see available investment opportunities at three exclusive Palm Beach addresses. 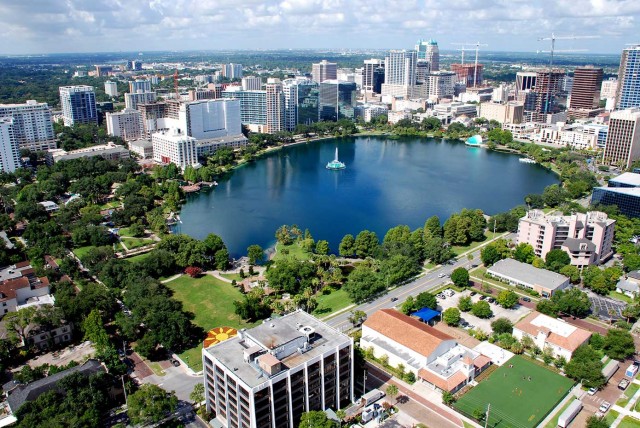 Orlando is a two and a half hour chauffeur driven ride from Palm Beach to the heart of Florida.   Orlando is the most visited city in the U.S. with over 60 million visitors each year, and it is no wonder. Orlando is home to some of the best amusement parks in the world including, Disney World, Epcot Center and Universal Studios

You will be staying at The Ritz-Carlton Orlando, Grande Lakes, featuring an 18-hole golf course designed by Greg Norman. The hotel has a total of 582 guest rooms with 56 Club Level rooms, 60 Executive Suites, two Presidential Suites and one Royal Suite. You will find something for every taste with 11 dining establishments in the property.

Some of the options for fun during your stay in Orlando: 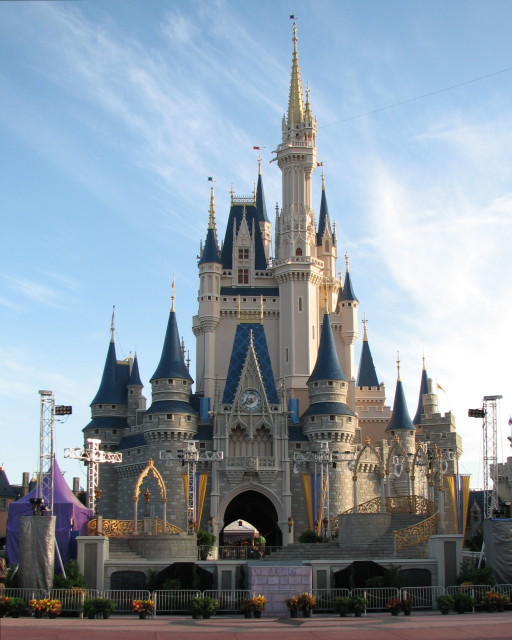 As an optional half day tour, you can visit the expansive University of Central Florida which has eleven different colleges including The College of Medicine, the Burnett School of Biomedical Sciences and an International Services Center. UCF has 34 doctoral programs from Medicine to Science and Business and boasts a total student enrollment in 2014 was 60,810.

Day 9 – Returning to China from Orlando

By the time we got to Narita airport we were exhausted, dead tired. We had been on the plane for more than 8 hours, but that was only the second leg of our trip with the longest part yet to come. Our return trip started from Kuala Lumpur to Singapore, then Japan and finally back to LAX. We still had a way to go. Norela and I had a few hours to spare, so why not venture to a place close by to check out the locals? We are both inquisitive people, an airport is still an airport wherever you go. We started to feel adventurous so we decided to try the train.

It seemed simple until we realized that English is not widely used once you leave the airport. Once you pass through the airport doors, you enter a foreign world. We used instinct at that point, to attempt to buy a train ticket. We looked for lines of people buying tickets, and then got in line. We pointed at the map and held out some Japanese Yen to the cashier. Luckily, we had previously exchanged some cash with a moneychanger at the airport booth. With tickets in hand, we excitedly hopped on the train.

This wasn’t so bad. Fortunately, for me, my wife had lived or visited most of the world at some time in her life, and Japan was no exception. She is used to getting around just using instinct, curiosity and observation. 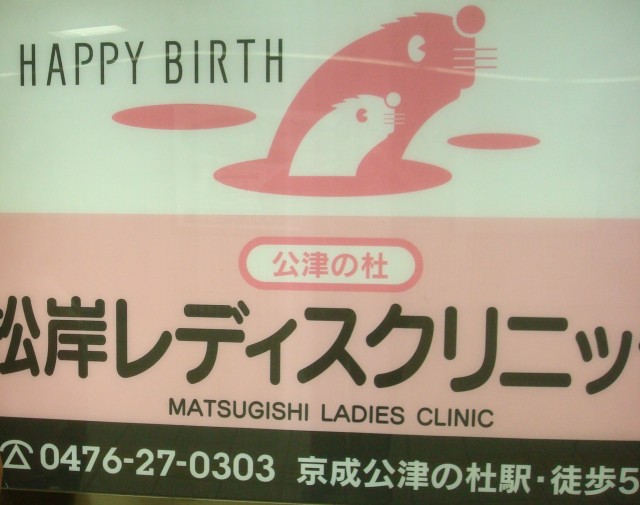 The first stop after leaving Narita Airport is the Town of Narita, where we disembarked 15 minutes later. We looked like deer in the headlights. Not an English word in sight except for a sign saying,“Matsugishi Ladies Clinic – Happy Birth”. If you want total immersion in a foreign culture, then Japan is for you.

We followed the crowd and took the escalator to the street level. There were black taxis lined up with white gloved drivers. Peering inside we noticed each seat had a immaculate white embroidered head doily.

There was also a bus terminal in front of the station with various lines of people waiting for their particular yellow bus.

Then we saw i 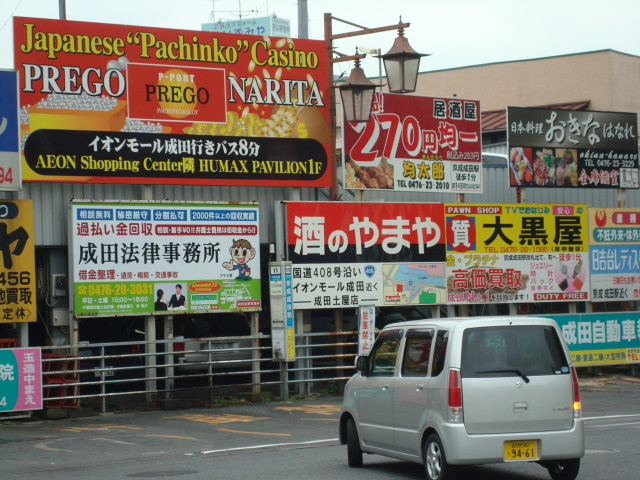 t, billboard in English! It shouted, “Japanese ‘Pachinko’ Casino” at AEON Shopping Center. It hit all of our buttons in one ad, casino and shopping.  The next ploy was finding the right bus to take us there. As luck would have it, a bus pulled in with the same billboard ad on its side. We hailed the driver and pointed at the sign. He nodded affirmatively. I held out a fistful of Yen coins, he took the correct amount and we were on our way.

One curious note about taking a bus here, they always turn off the engine when stopped at a traffic light. The bus was dead silent. There was no chatter or radios just muffled ambient outside noise.

As the bus maneuvered around the narrow streets, we noticed shopkeepers sweeping the sidewalks. These were tiny shops so close to the road you felt like you could almost touch them. Behind the shops, there were rows of compact houses stacked neatly on clean narrow streets. 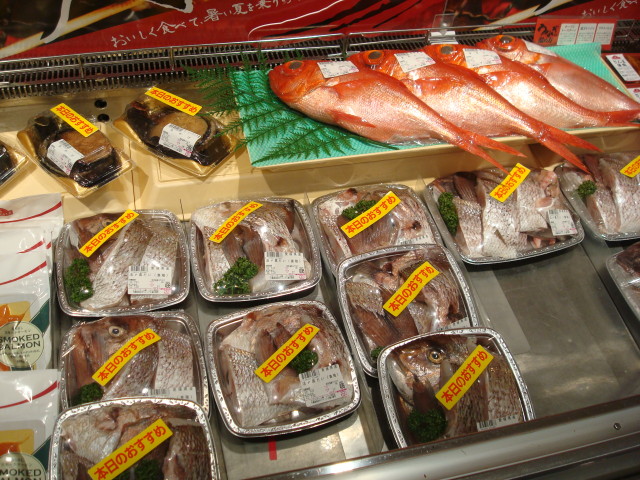 Everything is immaculate here, not one speck of litter or graffiti anywhere. Coming from the U.S. and Malaysia it is very refreshing to experience.

I won’t bore you with the details of the shopping mall except to say that the grocery portion of the store was something to behold. The array of fish on display was so fresh that some were still moving. You have never seen such a variety of fresh mushrooms, in one place, in all of your life. They had little speaker boxes hung over varied produce touting, presumably, their features in Japanese. 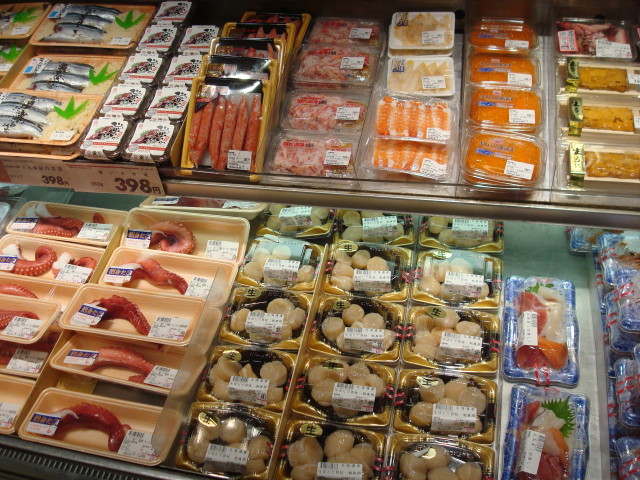 se cases were 20 workers who were not cutting meat, but wrapping sushi.

We headed out of the mall in search of the Pachinko “Casino” that I had seen in various movies but knew nothing about.

A large yellow arrow pointed the way to the next building, so we followed and entered.

The first thing you notice upon entering was the sound. It sounded like a machine shop in full production mode 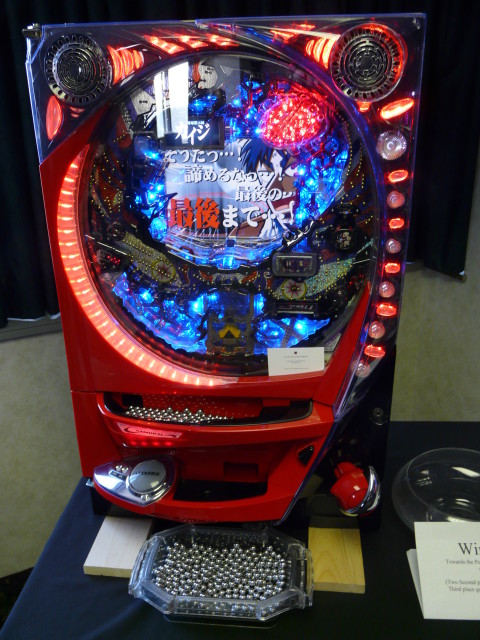 and the closer you got to the actual room the louder it became.In fact, if this were a factory in the U.S. you would have been required to wear hearing protection. The reason was these machines each have hundreds of ball bearings that shoot around a vertical surface similar to an American pinball game. We would have liked to have tried it but we did not see a coin slot. There were attendants present, but even if they could speak English, they would have had to yell. Consequently, we just walked around and watched people sitting in front of these machines, starring at the ball bearings cycle around presumably winning money.

With our ears still ringing from the cacophony, we walked out of the Pachinko Parlor and back to the bus stop. We hopped on the bus and, thankfully, took a quiet ride back to the train station.

Outside of the station there was a little food stand. It had a picture of a hotdog on a stick and an 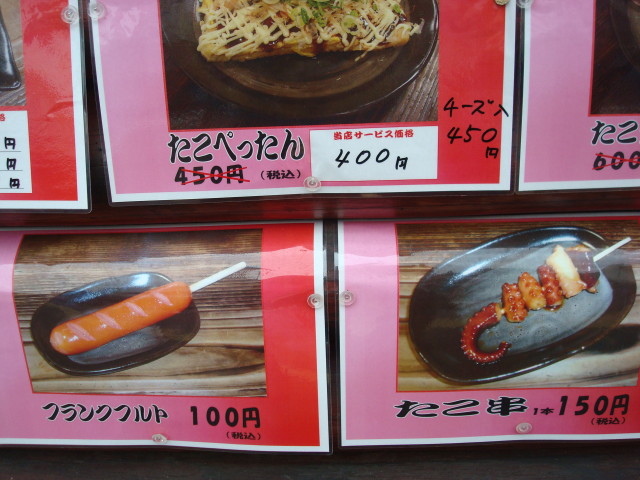 a stick. I presume that means they serve Japanese and western food.

We made it back to the airport with plenty of time to spare. Checking into Narita as foreign travelers is still less complicated than flying domestically in the U.S. If you have 6 to 8 hours and you are stuck in Narita, take the train, get off and explore your surroundings. You will be glad you did.

The Magnificent, Modern and Elegant Rittenhouse Hotel in the Heart of Philadelphia. A Gratifying Business or Pleasure Experience.

Dining opportunities at the Rittenhouse include the multiple award-winning Lacroix Restaurant, one of the best fine dining experiences in Philadelphia.  The Mary Cassatt Tea Room offers Afternoon Tea in a grand British style. The Bar 210 and the Library bar offer visitors a quiet, elegant place to entertain or unwind. The Smith & Wollensky Grill is a world-famous steakhouse that features prime beef.